Any suggestions on how to make a card? I'd really appreciate it.
Top

Police lineup of suspects arrested for the murder of Mr. Lazarus Boddy. The murder took place on October 13th, 1949, at a dinner party hosted by Mr. Boddy. The body was found in the back garden near the east gazebo of Tudor Manor.
Cause of Death: Unknown
Location of Death: Unknown

Col Mustard, a wartime contact of the deceased during the second World War. Serving with little success in his native Britain, but thriving in his American positions, Col. Mustard served with little recognition. Thanks to his connection with the deceased, he was able to keep the men under his charge well provided for and safe. After being released from service, he was accused of being a war profiteer. With Mr. Boddy's wealth, the Colonel could retire in comfort and leave behind the rumors that followed him.

Miss Scarlet, a young actress and possible flame of the deceased. Starring in many Shakespearean and Wilde plays, Miss Scarlet became well known for her stage acting. Her romantic life is hotly debated, with many possible lovers in her social circles. After starring in several failed Hollywood horror films, her career faltered until Mr. Boddy stepped up to become her benefactor, as long as she starred in what he chose. If she had his fortune and his terms out of the way, she would have complete artistic freedom.

Mr. Green, business partner of the deceased. Mr. Green began as an intern at Mr. Boddy's father's business when he met Mr. Lazarus Boddy. Together they founded Boddy, Green, and CO., specialising in weapons manufacturing and security precautions. After one of their weapons malfunctioned, Mr. Green was sued in court and lost most of his wealth. Eventually his investments returned his wealth, but complete control of Boddy, Green, and CO. would allow for that situation to never repeat.

Pr. Plum, an old college friend of the deceased. Since graduation, Mr. Boddy gained a fortune and developed his knack with women, while Pr. Plum joined an archaeological dig in Egypt funded by Mr. Boddy. Soon after, the excavation was shut down when too many ancient artifacts had gone missing. Since then, Pr. Plum has taught Ancient History at State University. With Mr. Boddy's fortune, Pr. Plum could return to Egypt and continue the excavation that was left behind.

Mrs. Peacock, socialite and widow of a childhood friend of the deceased. With three previously deceased husbands, and the wealth they left behind, Mrs. Peacock has made a name for herself in the upper classes of America, including Mr. Boddy. They met at a yacht party thrown by her second husband, where the host's body was later found washed ashore. With her reputation and wealth crumbling, the Boddy fortune could put Mrs. Peacock back at the top of the social ladder. 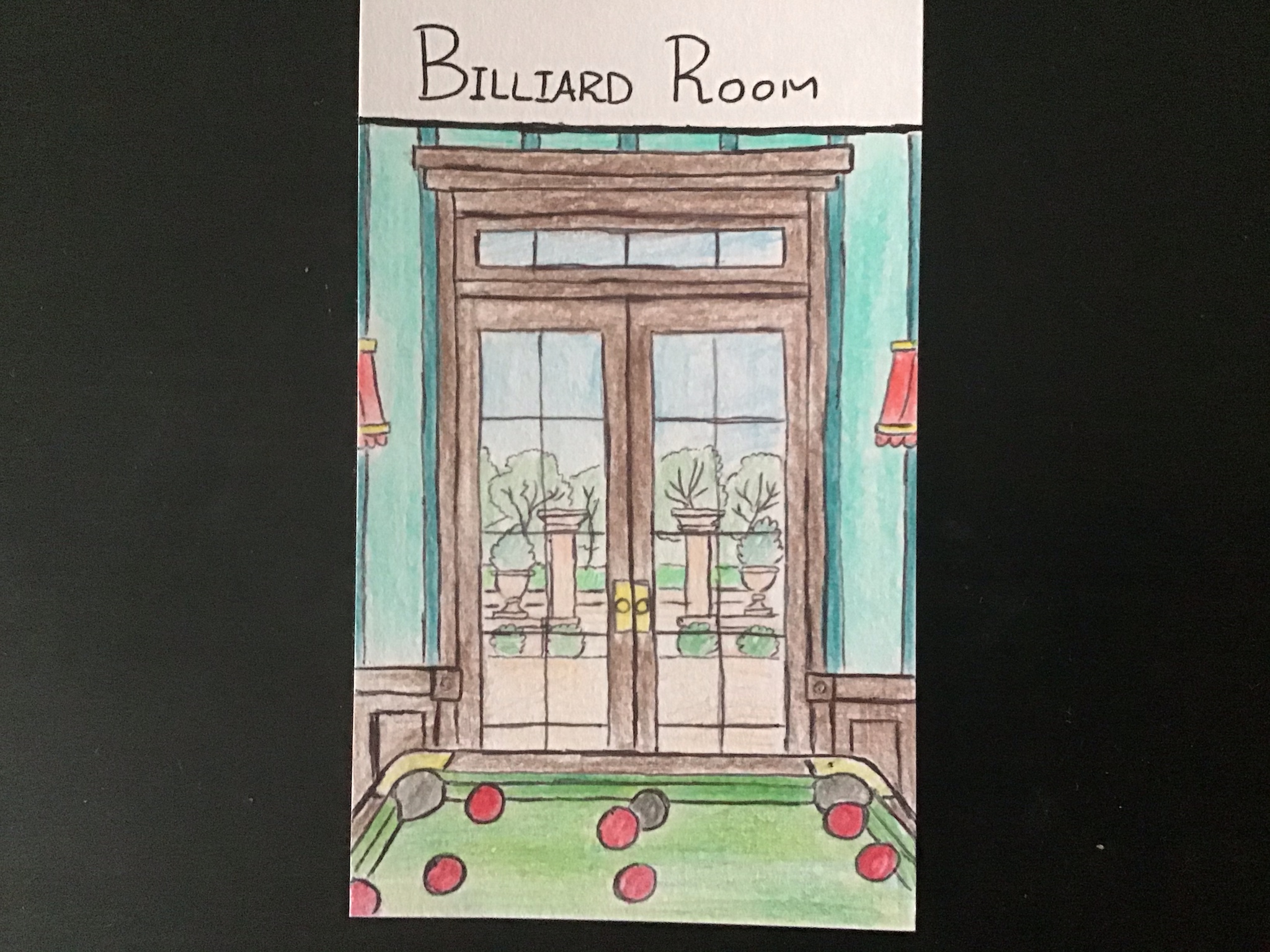 Aren't the balls usually multiple colors, with about half being solid color and others being the same color but with a stipe of that color instead of a solid area?
Top 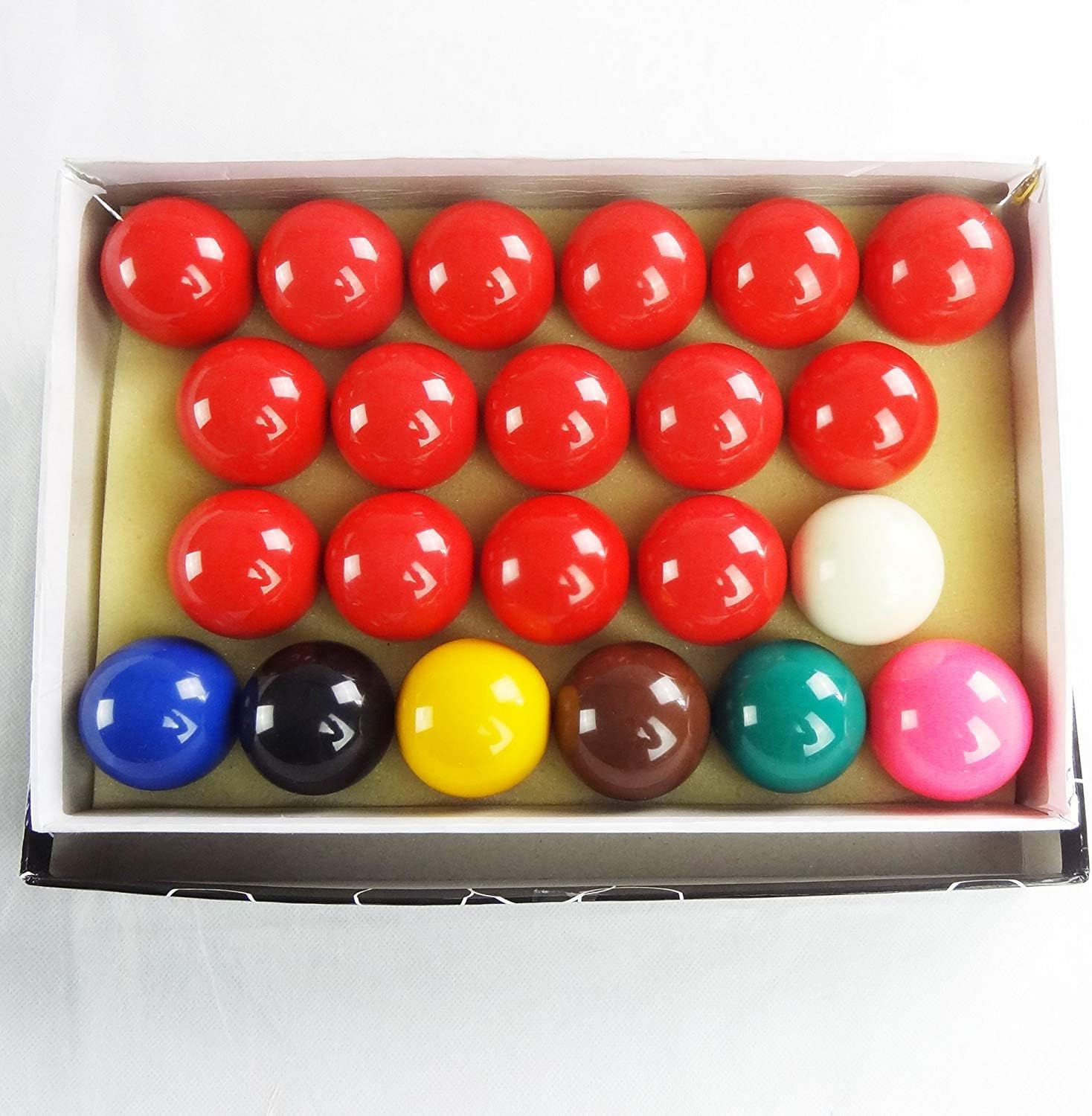 Funny enough, since there are only 7 reds, you could argue that they are pool balls (7 Red, 7 yellow and the black 8 ball) Cool picture
Top

Snooker is usually more popular in the UK. And harder than pool for beginners. 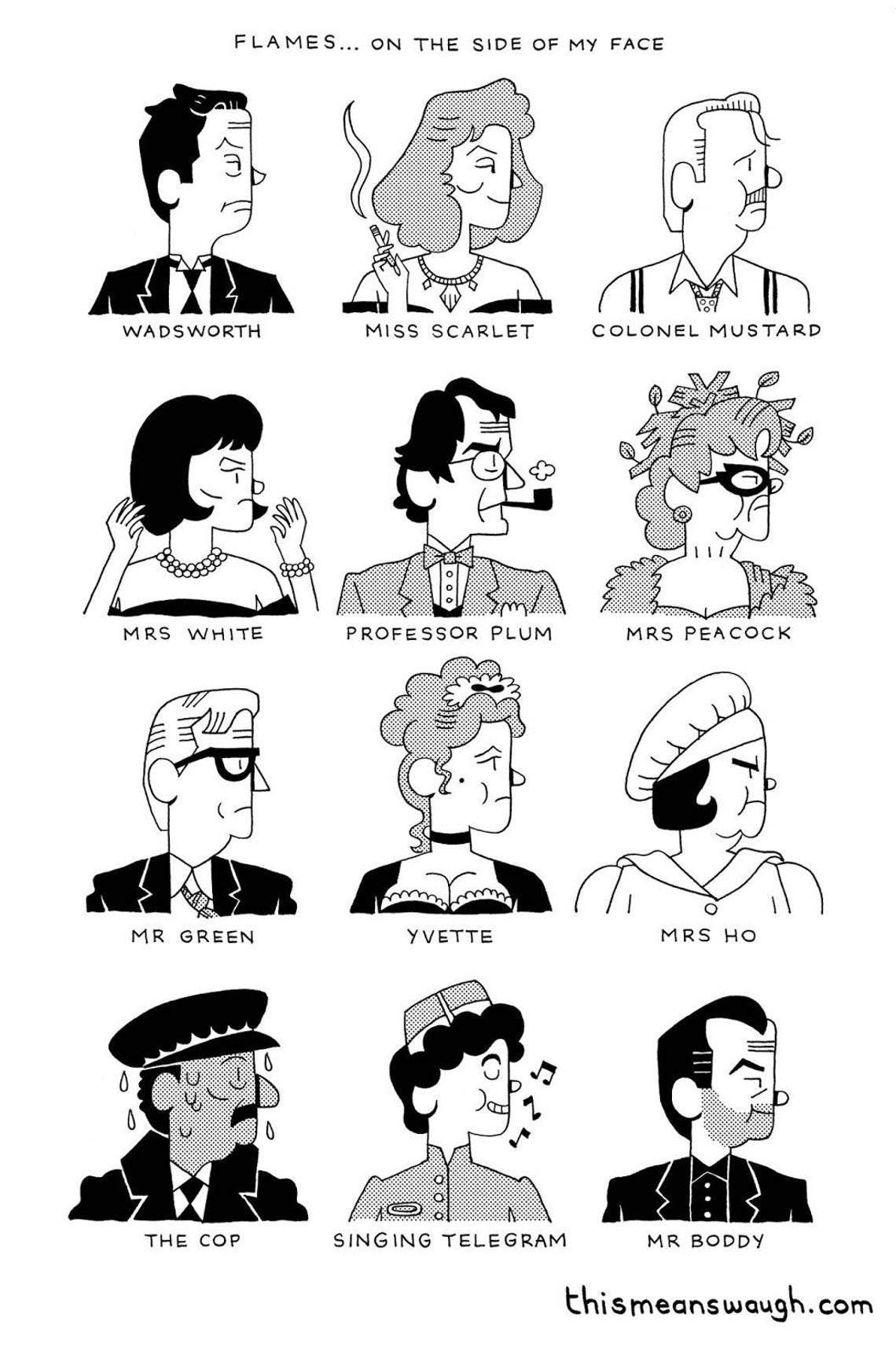 If only the Motorist made it in

Love this! It's ripe for colorizing.

Yes they could have fleshed this out with the Motorist and the Chief, and still had a balanced image.
Top

I was trying to think who the third would be for the Motorist and Evangelist row. Perhaps one of the german shepherds?

My friend's version of Mrs. Peacock - the dagger is hidden behind the fan. 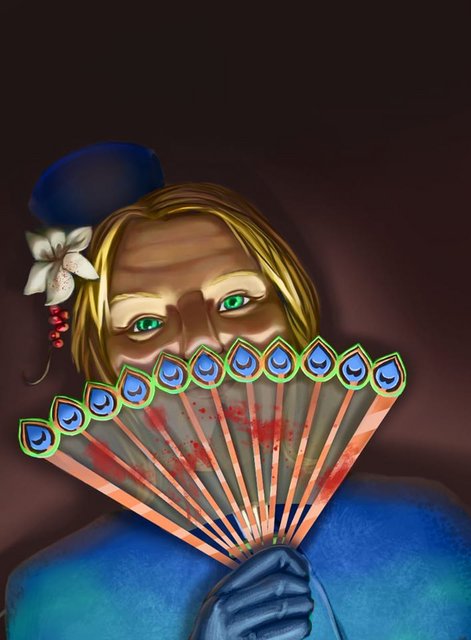 Some anthro/furry Clue art I found: It was on Fur Affinity. If you guys decide to look into it,
BEWARE...

I was actually wondering about furry Clue fan art the other week, if there was any out there...

A quick look and I found a Colonel Mustard and a Miss Scarlet, maybe from the same set of pictures you posted Jonathan?

Here’s what I got for my Master Detective cards: 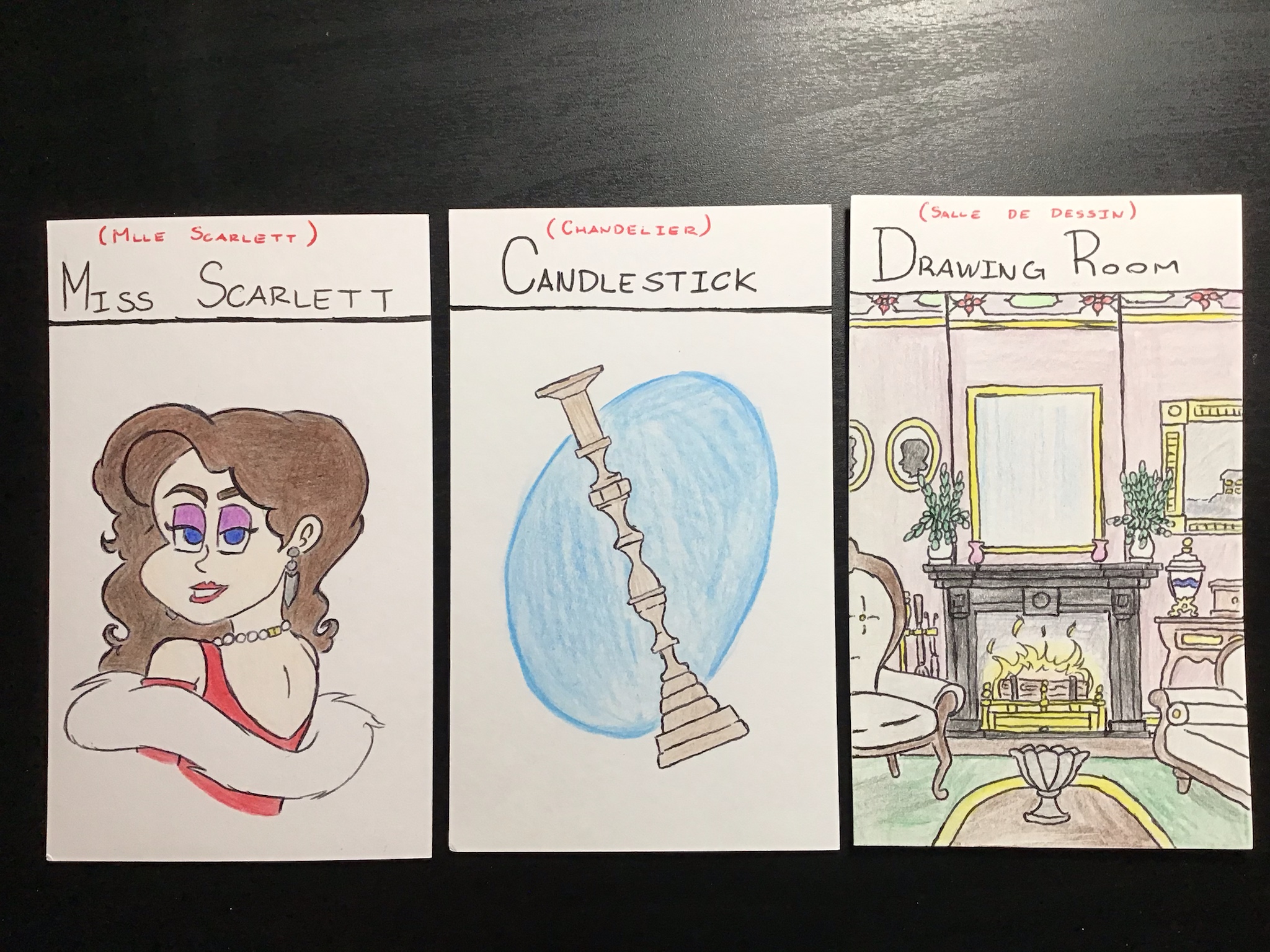 On the top of each card will be French.

Those cards are nice, feels more dynamic with the posing and the backgrounds to the weapons!
Top

cacums wrote: ↑Tue Jun 30, 2020 8:59 pm I was trying to think who the third would be for the Motorist and Evangelist row. Perhaps one of the german shepherds?

I like that. But it would need to be a two headed card, as weren’t they a German Shepard and a Doberman?
Top

Nice art, though 'sexy in death' poses are always kind of weird, IMO

My friend completed all six at last. Here they are together. 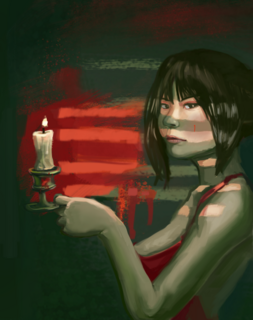 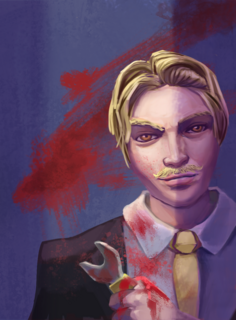 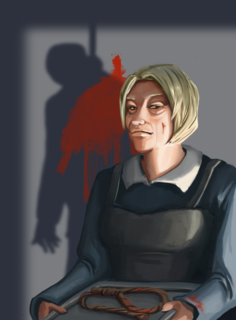 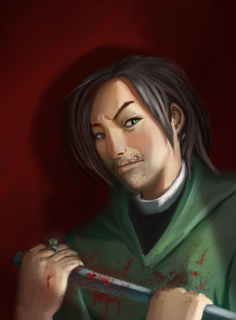 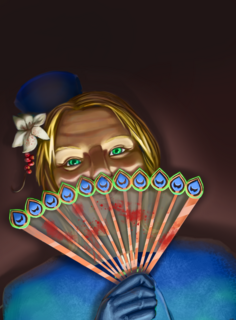 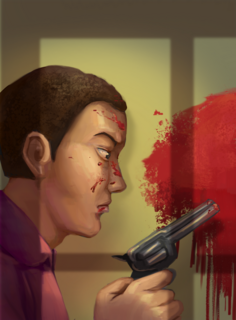