I can't believe it's not Attic yet. Beat you to it.

SUPPORT - Follow my progress of my expanded Clue edition -
www.patreon.com/gothicgreenhouse

Fak :u
Stop winking at me, you oversexed Frenchman!
Top

Did you just say, "fak u"?
Favorite Movie-Quote: "They all did it. But if you wanna know who killed Mr. Boddy, I did. In the hall, with the revolver." - Mr. Green, from Clue, played by Michael McKean.
Top

No no, :u is just my preferred face for like

it's shocked but also stupid 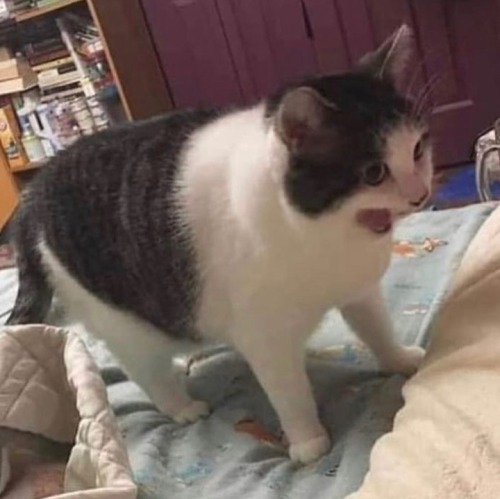 its this this is the face :u is
Stop winking at me, you oversexed Frenchman!
Top

Mrs. Clara Peacock was simply beside herself. Murder was so vulgar after all! The stout elderly woman paraded to the library in her ball gown, absent-mindedly twirling her longerette through the air. She would be safe here, heavens knows that all of those ill-bred guests would never be the sort to read. Not that she would read, doing such was unlady like after all. She situated herself comfortably in a large leather chair and began to doze, snoring loudly and heavily.
The library was a dark room, with no windows. Rather it was floor to ceiling book cases with a smattering of armchairs and side tables scattered around. The only light currently emanated from the large gothic fireplace, lovingly carved from granite.
The murderer observed the slumbering ox through a hole drilled through the ceiling of the library. Sitting in the attic, they had been waiting to catch a suspect alone to test their latest project. Unfortunately the murderer placed too much weight on the plaster instead of the roof timbers, and a large section of the ceiling fell to the ground. "Darn," cursed the murderer.
Mrs. Peacock awoke with a fright. "I say, who goes there?" She declared, her face changing to a shade of red that was likely unhealthy. "it is impolite to sneak up upon a lady, especially one who is resting. My word, what a mess!" She rose up and strutted over to the plaster, examining it through her longerette. "I wonder what happened?"
"Better late than never," thought the murderer, and they dropped the horseshoe through the hole in the ceiling. It rapidly picked up speed until it wedged itself between Mrs. Peacock's tiara and Mrs. Peacock's wig.

"I have a terrific headache," stated Mrs. Peacock. She landed upon the ground with a sound like a sequoia being felled.

When the guests assembled for tea that afternoon, they assumed Mrs. Peacock had been murdered when she did not arrive late. No one went looking for her however- they did not wish to be chastised for not waiting for her.
Top

There has been a MURDER!
Top

Lavender's corpse has gone from blue to grey.
SUPPORT - Follow my progress of my expanded Clue edition -
www.patreon.com/gothicgreenhouse

Corpses can take a while to discover, no need to rush
Stop winking at me, you oversexed Frenchman!
Top

I don't mind hopping in to help move this forward if Sir Oakwood is indisposed...
Top

Would you wish to write the death chapters? I don't mind trying it myself, but maybe give it another day, just in case?
SUPPORT - Follow my progress of my expanded Clue edition -
www.patreon.com/gothicgreenhouse

I'll wait until Friday, then can write one if need be!
Top

Lady Lavender strolled through the gallery. A room littered with pictures of prominent Boddy relations, many showed fantastically horrific scenes of dismemberment. Why someone would want their family remembered in such a manner was a total mystery to Ethelryne.
Ethelryne Lavender was a proud daughter of a disgraced British baronetage. Long standing forresters for the king, the Lavenders fell on hard times when 500 men died in a log jam in Canada. Now all that was left of Lavender's wealth were the tattered furs, monotonous stories, and tarnished jewelry that dangled along her sagging body.
In the center of the gallery sat a large goblet. Inscribed on it read, "To Gregory Boddy IV for services to Her Majesty Queen Anne in the Defeat of Pirates." The plaque read at the base- Whosoever drinks of this goblet, it is rumored shall have good fortune restored. Gregory Boddy filled the cup from the Fountain of Youth in Spanish Florida, and it has never run dry.
Lady Ethelryne saw a chance, even though she was a good Anglican light superstition would likely not be held against her.... She drained the cup down her greedy gullet.
A voice spoke from behind her, "Are you feeling alright your grace?"
"What a preposterous question of course I am!" Whirling around on her heels with fury in her eyes, she glared at the guest. Just then, her head exploded with a wet bang.

Mr. Boddy discovered the body when he went to have his daily conversation with his mother's portrait. He repeated the story at dinner- the sole comment came from Mrs. White who muttered something about a mop...

(Sorry about the delay, we've been without internet for days!!!!)
Top
Post Reply
273 posts