No worries! It was on my to do list to finish so it works out

For reference sake here are the games that have been examined: 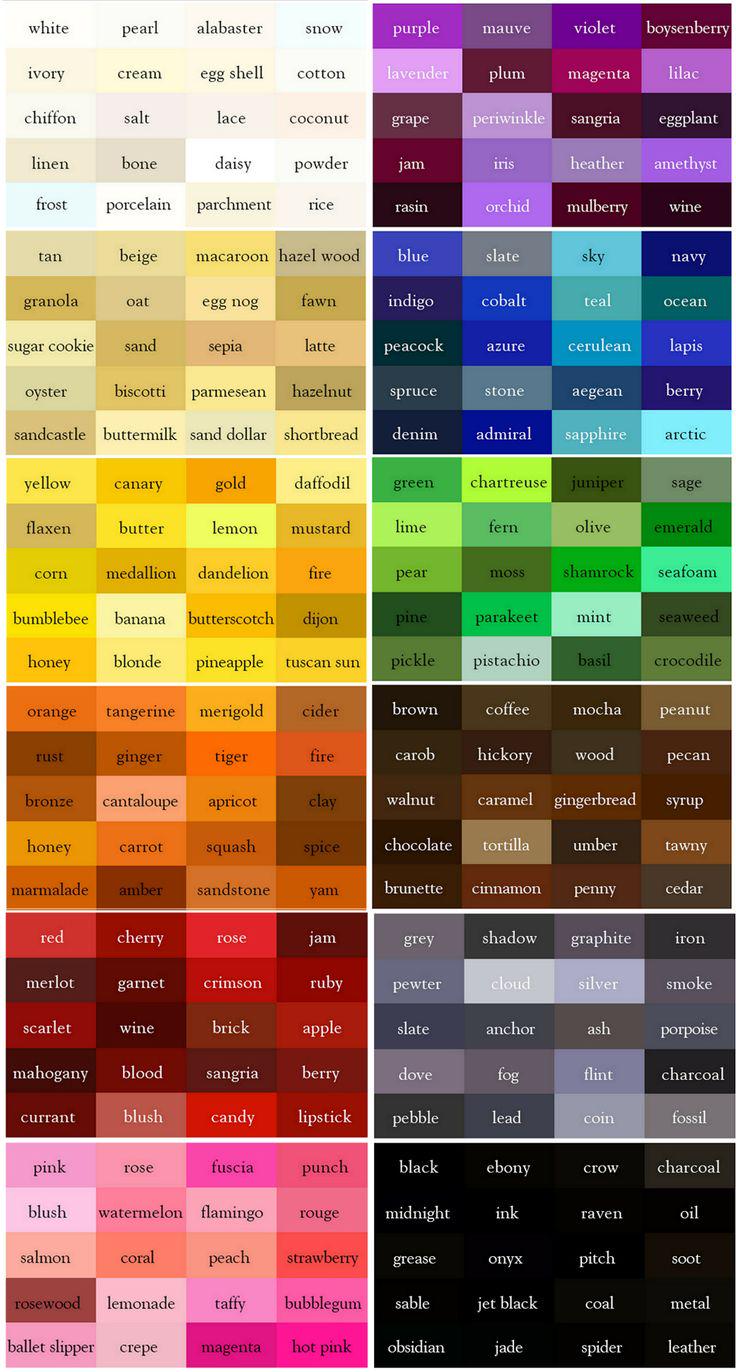 Miss Ballet Slipper is a stern dance instructor who gives private lessons in the mansions Dance Studio. A former star ballerina herself, was she jealous of all the attention Mr Boddy was giving to her new pupil?

Mrs Jam is a cheery country cook who prides herself on her award winning fruit preserves... until Mr Boddy passed her over for the top prize at the last County Fair! Was her revenge as sweet as her fruit jam?

Señor Tortilla is a fiery celebrity chef who used to be Mr Boddy’s business partner in a series of Mexican Restaurants, until he drove them into insolvency with a mixture of bad business decisions and highly publicised personal scandals! Mr Boddy brought him in as his new personal chef at Tudor Close, but did the embittered chef see it as an act of kindness... or as a final indignity?
Last edited by coinilius on Sat Apr 25, 2020 5:06 pm, edited 1 time in total.
Top

I do wonder about just plain "lemonade" in the pink colors.
While I know there is pink lemonade, I would guess most people would associate just the word "lemonade" without an adjective with yellow, not automatically think pink.
(Maybe if they had called it "pink lemonade" instead of the unmodified "lemonade"?)
Top

Black wrote: ↑Tue Apr 28, 2020 8:02 amSpeaking of the lady, I'm interested to know Zoo's reason for disliking her. I personally don't like her because no matter how many times I play SFX, she is rarely the killer

I’m putting the answer here because my answer touches on a lot of my design ethos, for Clue in particular. Let’s start with;

I get the impression FX wanted to expand, with the new board and weapons and gameplay. And importantly the character names

Rusty is a great name. Maybe not classic, but it’s like in Easley. Certainly fitting for a gardener too unimportant to get a title. And most of all, very clearly implies a color.

I get she is blue-green, with meadows being green, brooks blue. But it doesn’t sound like a color to me. If anything, it sounds like she should be blue. It doesn’t have the same hit as the other characters - to my ears, it’s clunky and forced.

Her Color is Redundant

Rusty can be brown or orange - but either way, he’s a new color. Meadowbrook has always shown to be green. And when you have more colors to choose from, and a cast that small, having two green characters - even of different shades! - seems repetitive. I could easily see players getting tripped up by that. As for repetition,

Her Archetype is Redundant

Rusty, a crusty old gardener, sticks out from the other servant of the cast. Even with my crappy old characters I got this. Mrs. Marigold was a shy humble teacher. The tragically named Logan Berry was a naïve kid. They added something new.

Meadowbrook is another high society socialite. Typically that’s Mrs. Peacock’s role. She’s typically played differently, but they could have done better. In short;

Clue Characters should have a good name, a distinct color, and a distinct archetype.

She’s only distinct in one of these three regards to me, and I don’t like her distinguishing characteristic. If you have a larger cast, repeated colors and archetypes will have to happen at some point. I don’t think anything beyond her name is nessecarily bad, but for a cast that small… There’s no excuse
Last edited by Zoo977 on Tue Apr 28, 2020 7:47 pm, edited 1 time in total.
Stop winking at me, you oversexed Frenchman!
Top

I respect your opinion on Mrs. Meadow-Brook, there's a couple of points I'd like to argue.

You mention that Rusty implies color. Mr. Boddy, Mr. De'ath and Mme Mystic aren't named after colors -> With De'ath and Mystic, I don't think of Brown or Orange.

I agree that the name is clunky to say but that's because I put it down to it being a double-barrelled name. Talbot-Wheeler and Slate-Grey. But I'd rather have Mrs. Meadow-Brook than say Mrs. Teal which sounds boring. (I know Jamie had a Constable Teal but the character was a Constable which broke the monogamy of Mr and Mrs characters)

Is the color being redundant? SFX also introduced Lady Lavender and Prince Azure, a 2nd Blue and Purple character, and don't forget Lord Grey, the 4th? character named Grey plus we have Rusty and Inspector Brown. I personally don't mind colors being repeated as long as they are distinctive enough to make out and they aren't overdone like say 49 shades of grey and 1 black.

As for the Archetype, I half agree with you. She is another socialite like Mrs. Peacock but the archetype that sticks out before that in great big bold letters is WIFE - Not counting the TV series, FX is the first CLUE game where you are solving the murder of a victim and their spouse is a murder suspect - even with one of Poirot's fan games from 10+ years ago, Peacock and Meadow-Brook are in the same game, they are both socialite's however, Mrs. Meadow-Brook was Boddy's Ex-Wife
Top

The wife angle is fair. Thats an interesting point, I’ll give it a good think over

You’ve actually rather touched perfectly on why I don’t like de’ath and mystique. Boddy I at least give a pass because he is supposed to be distinguished from the suspects. He‘s the dead body. Trust me, I don’t like every character in this repository

And youre not wrong that the colors aren’t unique, with gray in particular. I’m more meant there shouldn’t be repeated colors in a single game not the whole canon, and these characters break that rule. I don’t like Azure Brown and Lavender being there when cyan and pink aren’t even covered yet... but they bother me less because they’re not suspects? Having a group of eight suspects with two green, that’s my issue.

Oh my, what was Constable Teal getting up to with the married suspects? lol

Personally, I don't even like it when they repeat colours across different games, at least without having some kind of difference - like Lord Gray and Sgt Gray, couldn't they have used a different colour? Or just reused the Sgt/Inspector character? At least Slate-Grey has a modifier to his name, making him slightly different.

This is a fun note, one of the founders of the college I go to used to live in a mansion called Meadow-Brook Hall, so we all call her Mrs. Meadow-Brook

On the note of double names actually, I did I had one last night that kind of counts. It took some forum dredging to figure out who created her, but I always liked the name Princess Blueblood. Kind of on the nose but also just clever enough for me to forgive it : D
Stop winking at me, you oversexed Frenchman!
Top

Ah yes, that was PrinceAzure33s character in A Game of Clue.

I’ve always thought Mrs Meadow-Brooks colour is distinctive enough from just Green that it is a perfectly valid choice for a character, so I’ve never had a problem with that - I used to not like her name, as it always seemed a little too trying to be clever, but I guess I’ve just gotten used to it after awhile.
Top

CluedoKid wrote: Ah yes, that was PrinceAzure33s character in A Game of Clue.

I've never quite said this outright, but I love digging through all the emphemera of the clue threads. The strange stories and forgotten art and all that's been buried in the threads here.
That's actually a big reason I started this thread. The bizarre one-off characters... those are the ones that really fascinate me.
Stop winking at me, you oversexed Frenchman!
Top

CluedoKid wrote: Ah yes, that was PrinceAzure33s character in A Game of Clue.

I've never quite said this outright, but I love digging through all the emphemera of the clue threads. The strange stories and forgotten art and all that's been buried in the threads here.
That's actually a big reason I started this thread. The bizarre one-off characters... those are the ones that really fascinate me.

Seeing the different characters and names that people come up with is a lot of fun, and you get some more outlandish and interesting ones that way too - after riffing on ClueLover98's joke name suggestions earlier, I was going to suggest maybe a fun game would be where someone suggests a character name (the more unusual the better) and then other people come up with descriptions for them.
Top

I remember that Robert Duncan, the playwright who wrote “Cluedo?: The Play” made an edited version of the play called “Cut!”
All he did was remove any mention of the Clue characters and replaced them with new characters:

Two characters I came up with.

Miss Navy - A young businesswoman that owns a several cruise ships in Southampton.

Baron Timberwolf - A European nobleman and collector of vintage weaponry.

Added Jonathan Green's new characters, as well as five Green introduced a long time back.
I'm conflicted on including the chaacters from the revised stageplay. I get that it's not a new entity, just new character names slapped on top of a Clue story... but it's still technically not Clue?
What do you guys think? Should we include them on the main list? This is a weird medium.
Stop winking at me, you oversexed Frenchman!
Top

Zoo977 wrote: ↑Fri May 08, 2020 11:47 pm Added Jonathan Green's new characters, as well as five Green introduced a long time back.
I'm conflicted on including the chaacters from the revised stageplay. I get that it's not a new entity, just new character names slapped on top of a Clue story... but it's still technically not Clue?
What do you guys think? Should we include them on the main list? This is a weird medium.

I think Major Brown and Rev. Acorn could work since their names are more related to colors than the others. It's just like how you didn't include Marina Popov, Martin Urfe, or the rest of the Fatal Illusion gang.
Top
Post Reply
177 posts